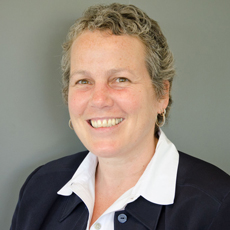 Local 117 Secretary-Treasurer Tracey A. Thompson has published a guest op-ed piece in the Seattle Times that calls on the City of Seattle to step up enforcement in the personal transportation industry so that Teamster taxi drivers can compete on a level playing field with other drivers in the industry.

The piece is published in its entirety below:

IMAGINE starting your workweek $1,000 in the hole. Before stepping into your office every Monday, you’re indebted to regulators, insurance companies, licensing agencies, and you’re subjected to a slew of taxes, penalties and fees. Your job provides no health insurance, no vacation, no retirement — no benefits of any kind.

This is the reality for Puget Sound taxicab operators.

In the last few years, working conditions for taxi drivers have plummeted. The industry has radically changed with the introduction of car-sharing and smartphone app-based services, and the city of Seattle and King County have failed to adapt.

Taxi operators are classified as independent contractors, but they are often treated like second-class employees. They pay to use the cab companies’ inefficient dispatch services, they pay to operate at the airport and they pay for their own insurance, gas and repairs.

In the past, workers in the taxi industry could earn a decent living. An amalgam of regulatory agencies at the city of Seattle, King County and the Port of Seattle collaborated to ensure that fair standards were set and that an appropriate number of licenses were issued so that drivers were not exploited and the traveling public was well-served.

The city has allowed hundreds of for-hire vehicles and town cars to flood the market, and it has established a different set of rules for them. Under the law, flat-rate drivers are not permitted, for example, to use designated taxi stands or to stop and pick up passengers who hail them on the street. Rides must be prearranged and rates are pre-negotiated between the driver and the passenger.

The problem is that there is no reliable enforcement mechanism in place to ensure that flat-rate drivers are following the law. The city has just three inspectors on the street who are authorized to issue tickets to violators in an industry with 1,400 drivers. Lack of enforcement allows flat-rate vehicles to cruise for passengers, wait in taxi lines and illegally undercut the fares of licensed cabs.

Add to the mix ride-share companies such as Lyft, and Internet-based dispatch companies that have recently surfaced such as Uber, which operate completely outside of the regulatory framework for taxis. You’ve got a lawless, new frontier, where tempers flare when someone refuses to play by the rules.

So why not deregulate the whole industry and let free-market capitalism run its course? The city of Seattle has a $5.9 billion tourism industry to protect. By providing safe, reliable, regulated transportation options, the city helps ensure that our economy will continue to prosper. Deregulation in the taxi industry was tried in several cities in the ’70s to disastrous results.

We applaud recent efforts by the City Council, under the leadership of council President Sally Clark, to meet with all stakeholders to try to navigate a way out of the mess. This July, the council is expected to publish a much-anticipated study of the industry and will hopefully recommend reform.

Taxicab operators play a vital role in supporting local businesses and the tourism industry. The drivers, the majority of whom are recently arrived immigrants, often work six days a week, 12 hours a day so that they can cobble together a living for themselves and their families.

The city of Seattle has an obligation to step in and establish a fair, enforceable framework of thoughtful regulation so that workers are treated with respect and so that business travelers, tourists and local customers receive safe, high-quality service.

Tracey A. Thompson is the principal officer of Teamsters 117, which represents more than 500 Seattle-area taxi drivers with the Western Washington Taxicab Operators Association.